I will use the term recent a little loosely as it will cover some music I’ve come across over the last 2-3 years. I’m not listening to music as much as I used to, but I’m still on the look for good music from a variety of venues, styles and genres.

My music tastes can be a bit on the eclectic side. My playlists range from 70s rock through bluegrass, C&W, Klezmer, polkas and waltzes, Jazz, Celtic, Elizabethan ballads, New Age, classical to others that defy pigeonholing, this to name a few. Perhaps this is what keeps me interested in what’s out there that’s new and interesting, or in some cases simply interesting.

One would think that at my age my tastes would be carved in stone, longing for that 60s or 70s rock anthem or classic country song by Willie, Waylon, Jerry Jeff or Freddie, and in some ways this is true. Those are the songs I grew up with and they can be great to listen to. However, I apply Sturgeon’s Law to this, in that “ninety percent of everything is crap.” What this means is that we listened to a lot of crap before the top ten percent floated to the top and became the classics we love. We don’t really remember all the songs that never rose back to the surface as golden oldies. This also partially explains why people’s musical choices start calcifying by their mid-twenties. While my musical joints are getting creaky, I do still like to lube them with new good music I find.

Anyway, on to some albums. 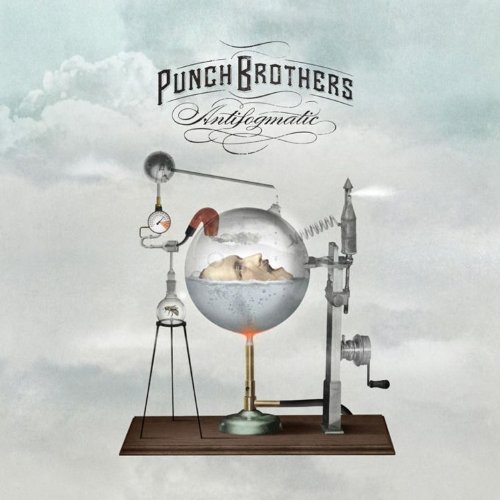 This album came out a few years ago, and it totally blew me away. I’d been following the lead singer and mandolinist Chris Thile for a number of years including with the group Nickle Creek, which had been described as taking three bluegrass child prodigies who grew up listening to Radiohead and NIN and give them their head. Punch Brothers is cut from that same cloth. Take bluegrass musicians with rock sensibilities and let them loose.  They’re listed in the progressive bluegrass, but that’s not a real good fit as they don’t stay in that genre very long. In fact, their song Rye Whisky is probably the only song that falls anywhere within the bluegrass genre and even then the lyrics evoke more of Clapton’s Cocaine than anything of standard bluegrass.

Lyrics are part of what sets this group apart, but it’s also how they put them to music. In the song Alex, they’ll come to a wild crescendo with everyone playing and singing and suddenly drop out with only Thile’s voice holding the last note, and repeat this at points in the song to great effect. Next To The Trash is almost a novelty song, but the lyrics hold double-meanings that keep it above that level despite the final line of the song being the punchline to a joke the song tells.

In some ways the album can be exhausting to listen to—there’s always a lot going on. Where there’s a slow ballad, in the background the fiddle or mandolin may be going crazy…in a good way. I don’t like dissonance in music, and they use it, and I like how they use it. That’s part of what blew me away—I’m listening to the music and a part of my brain is reminding me that I don’t like that sort of stuff and the rest of it is saying “Shut up and listen! They’re actually using it right!”

Love Has Come For You by Steve Martin and Edie Brickell 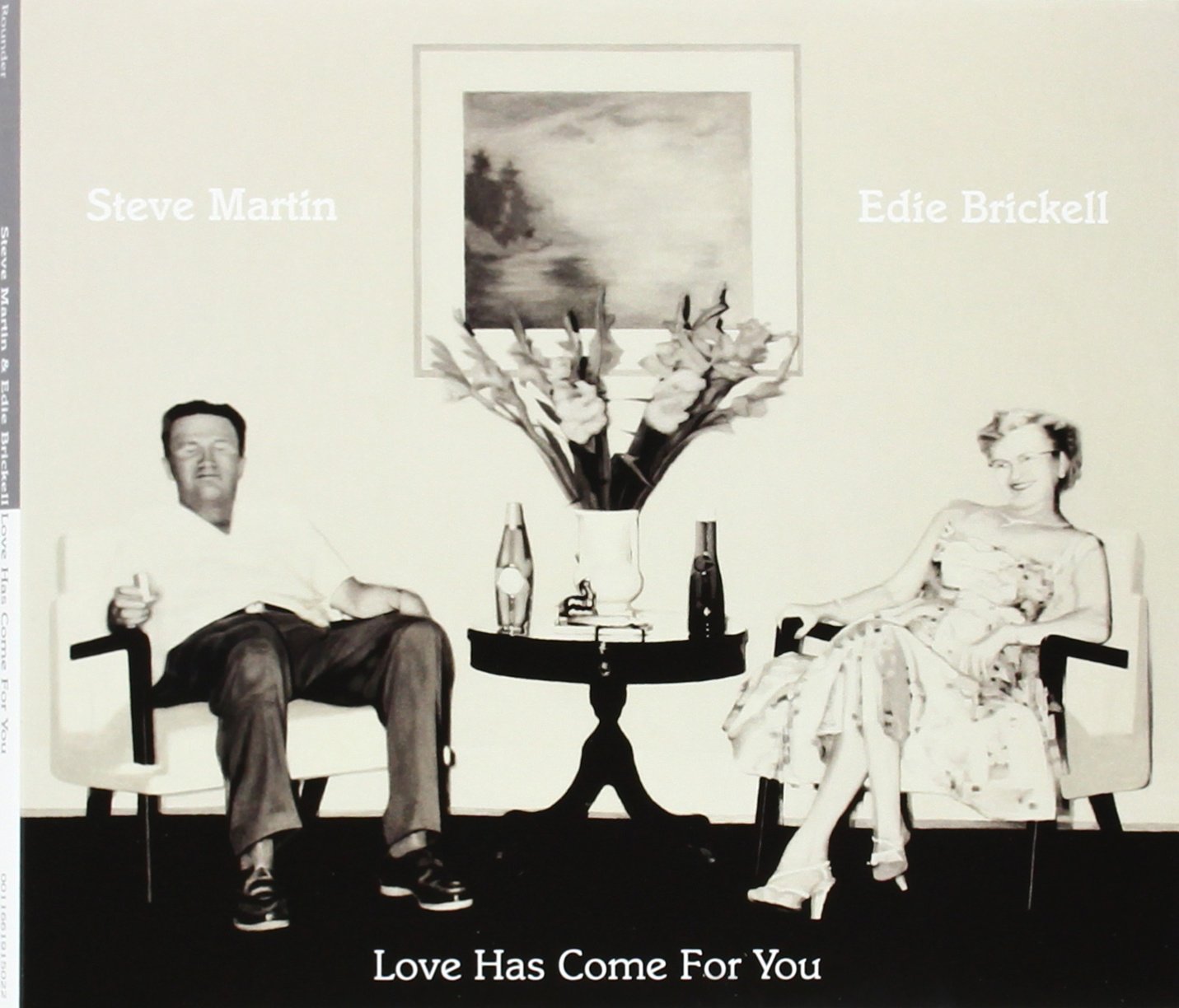 This album I just recently picked up. It’s listed as bluegrass, and while it strays from there, it mostly stays in the bluegrass and C&W genres. It’s different than what I was expecting. I was expecting Steve Martin and Edie Brickell to have pulled together a number of standards and performed those. Instead, these are all original with lyrics written by Edie and music by the pair. In short, think bluegrass updated for the 2010s and you won’t be far off. Many of the lyrics are quite modern, with the first lines of When You Get to Asheville saying “send me an email.” Yet they can evoke that time of years ago at the same time. At times, Edie sings with that Nashville twang to her voice—on other songs, her voice is a more mature version of her singing from her time with The New Bohemians.

Production is refreshingly spare, keeping the sounds more to the raw side rather than over-produced. There are a number of others in the backup band, and others such as Sara Watkins and Sean Watkins (the other two-thirds of the before-mentioned group Nickle Creek) join in to add their sounds to a few songs. While I wasn’t blown away by this album, it is very well done and quite enjoyable for repeated listening.

Live From Manticore Hall by Keith Emerson and Greg Lake 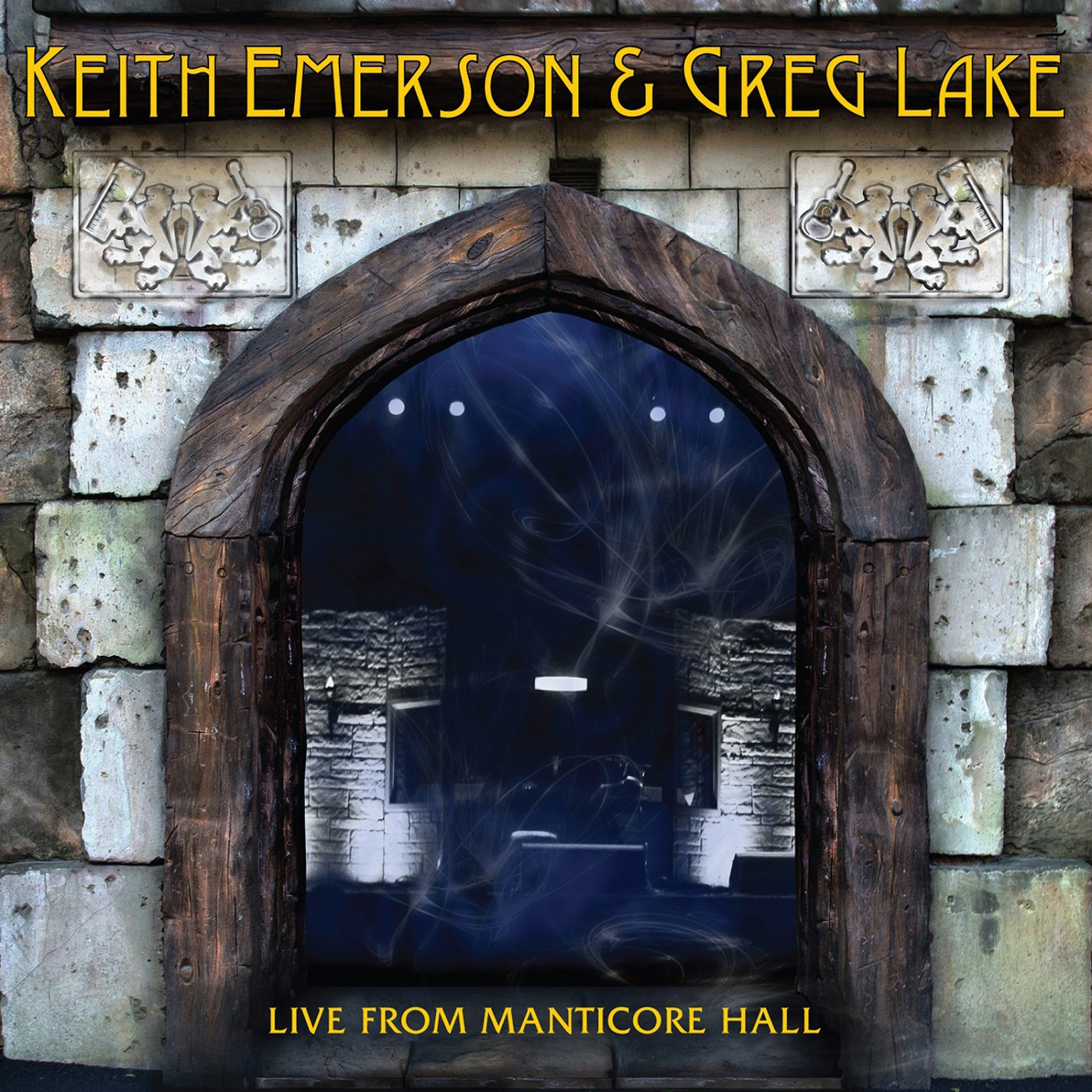 This is subtitled An Intimate Evening with Keith Emerson & Greg Lake, and that is really what this is. Only a part of this new album is revisiting the music of the great classic rock group Emerson, Lake & Palmer. While Carl Palmer isn’t there, a large portion of this album is of Greg Lake and Keith Emerson discussing the different songs prior to playing many of their classics. They said that they’d gone back and listened to early cuts of their songs for the first time since the albums came out and wanted to go back and perform these more seminal versions of their songs. They talked about their early days during and prior to their ELP days (King Crimson, The Nice), and also give insights about the different songs and how they came to fruition. In the case of their one bona fide rock hit, Lucky Man, it turns out that it was a tune that Lake had written years before and pulled out because they needed filler for their debut album.

The whole album has the cozy, intimate feel of a small venue. Listening to the more acoustic (though both the Hammond organ and Moog synth make appearances) performance with definite alternate takes both takes me back home to the 70s and brings me forward seeing the songs in a new light. If there is a downside, it is that on occasion, they do use drum loops since Carl Palmer isn’t there to provide the percussion. On the upside Keith Emerson apparently had no problems from his earlier bouts with repetitive stress disorder based on his continued keyboard virtuoso, and Greg Lake’s voice has become richer with age.

One other thing to realize with this album is that the discussions and the songs are on the same tracks, so you can’t easily pull the music itself off if you wish to listen only to it without the oratory. Still, this is one I can listen to both over and over again.

These aren’t the only albums worthy of discussion, but this is enough for now. Any thoughts?

One thought on “Recent Musical Journeys”